Darkenss, Loss, Overwhelmed. Grief. Desolation. Abandoned. These are sobering words that describe a season of life we are in, or perhaps someone in our circle of relationships. What do we do when these dark nights arise? More often than not our response is mixed with blaming God, ourselves or others. Our actions range from avoidance, forsaking others or even providing insufficient attempts to resolve the spiritual desert we are in.

Psalm 23 is often referred to as the most widely-known Psalm in the Bible. We learn it early in our journeys with Christ and recite it often. But there is a distinct differences in knowing the Psalm and living it. As a Psalm of assurance, Psalm 23 is intended as a Psalm for living—providing us with an expression of confidence in God, our great Shepherd who will provide for every need.

A City Under Siege. In the last twenty years, we’ve seen the rise of a new intolerance for, not just the “religious” but the “righteous” in particular. Around the world, and especially in America, the people of God have become the subject of criticism and scorn. The righteous have been labeled, “intolerant, irrelevant and extreme,” and not only by their enemies, but by their friends “who speak cordially with their neighbors but harbor malice in their hearts.”

Terror… threat… intimidation… anxiety… dread and the failure of nerve. It seems like a low-grade fear has gripped the soul of our nation, our neighborhoods and even our leaders. At the bottom of our trouble is a deep and subtle fear… of failure, of rejection, of loss, of each other. Yet the Psalmist, whose circumstances were more dire than our own, found a way to conquer his fears, not by casting them out but by finding God in them.

God is present with us through both through periods of blessing and periods of struggle. In both, He listens attentively to our prayers of joy and our prayers of lament. He responds through graciousness, compassion, and protection. Our response to His action should not be one of ambivalence or inaction. Instead we are called to fulfill our vows we have made to God and respond to Him with thanks before all His people.

Toward the end of life we wrestle with our horizons, with our limitations, and we are tempted to become cynical or even to despair. It feels as though we “did not receive what was promised; we only saw it and welcomed it from a distance,” (Heb. 11:13). Our hope is in knowing that we have always been only a part of a story that is much larger than us. Here we must act intentionally to empower the next generation to continue the same story. For them, as for us, the story is larger than a single generation and the point is never the player but the promise.

A Talk Between Friends | Week 6

Our image of God is most evident when we pray. What do we sound like? Who do we think is on the other end? Somewhere along the way, we go from “Our Father” to “Dear Lord.” We go from saying what is on our hearts, to saying what we think he wants to hear. What if praying could be simpler, more natural and engaging? But how? In his conversations with God, Abraham modeled a kind of prayer that was unusual in his day, and in ours, and without trying he shows us another way of talking to another kind of God.

The Freedom of Obedience | Week 4

Why do I do what I do? What is my relationship with the law? To a slave, freedom always means the end of whatever is holding him back, whether it is bad (like the prodigal) or good (like the elder brother). But children obey the promise, not the law. They obey because of what they are (sons or daughters who share the Father’s image) and because of what they’re becoming. Their freedom consists in moving within a set of disciplines that they have assigned to them selves that multiply their options and stretch their horizons.

How do things get done? Who will be responsible for me? Even though we speak of providence and faith, we often worry and work as though we were on our own. We get trapped in a golden cage, enamored by our success and validated by others’ approval. But a child’s life is different. She lives into the promise, instead of apart from it, always supporting the work that Someone Else is doing. What would it be like if our lives were governed by a promise?

Living in Between | Week 2

Who will take care of me? How will I be safe? Life is uncertain and most of it falls between the answers. The slave seeks certainty and control, but the child leaves what is obvious and secure and walks into the unknown. Like Abraham, we are called to “go to a place . . . even though we do not know where we are going.” We are called to live in between the “leaving” (Gen. 12:1) and the “arriving” (Gen. 12:5), between the already and the not yet, building altars along the way until one day, we finally get home.

When God calls us into redemption of the world, we sometimes don’t like what we’re called to do, but if we obey Him we will find that God has gone before us, that His grace is more generous and patient than we thought, and that the life we saved was actually our own. Didn’t Jesus say something like this? “He who loses his life, for me and for the gospel, will save it,” (Mark 8:35).

Most of us admire Shadrach, Meshach, and Abednego for their courage; but behind their courage is a value that keeps them standing tall. This is more, then, than a story of how to stand up in a moment of decision; it’s also a reminder that obedience might cost us all we have. This sermon will examine that tension and help us understand explore what kept these three on their feet.

It’s been said that you can’t have the right friends if you don’t have the right enemies. In this popular story, we are called to confront our enemies in the Name and power of God. But our posture is not one of anger or violence, but one of humility and complete trust that “God will hand our enemies over” in His time and in His way. Our battle is not for our sake, and it is not in our armor, but in His “so that the whole world will know that there is a God and that it is not by sword or spear that the Lord saves; for the battle is the Lord’s,” (17:46-47).

What do we do when life has become “bitter” for us or, worse yet, it seems that “the LORD himself has raised his fist against us?” The book of Ruth gives us a snapshot of one seemingly insignificant family during the days when the Judges ruled in Israel. God seems silent and for Naomi and Ruth, the future looks bleak. But Ruth and Boaz show us how living in the freedom of and maybe from the law sets them free. They are living in the way of the Gospel and God continues to be faithful to His promise through this exceedingly significant family.

Moses and the Burning Bush | Week 5

The success of any venture is disproportionate to one person, to the one who is called. But what if that person doesn’t feel called? What if they’re not very good at the thing God calls them to do? Many of us have been in that place and some are in it now. “Fake it till you make it,” is the most common approach. But here is a better one: Take off your shoes for the place where you are standing is holy ground.” Moses is an example of someone, like us, who is called out of our weakness instead of our strength. Rather than fighting against our deficiencies, or hiding them as is more common today, Moses encourages us to use them as leverage for the power of God.

Have you ever wanted something, more than anything, only to get it and be asked to lay it down again? “Take your son, your only son whom you love . . . and sacrifice him there (on Moriah),” (Gen. 22:2). This unspeakable ask, from God to Abraham, to sacrifice the very thing God gave us is at the core of our faith. It is something God himself has done (see John 3:16) and something every one of us, at one time or another, will be asked to do. But it is here, at the altar, where God raises what we sacrifice so that it is more powerful than before (see Heb. 11:19).

Noah and the Flood | Week 2

Noah and The Flood. For many of us, we know the story, we learned about it in Sunday School. And yet for others they know it only from the people who are debating the historical facts in the public square. In both these cases, the purpose for telling this ancient story gets submerged. Craig Bartholomew wrote “A major feature of any story is its central conflict, the thing that goes wrong and needs to be fixed.” The Flood story is about the relationship and conflict between God and creation. The climax involves a deluge of water never encountered before and a boat full of animals. The resolution; well, that’s the plot twist in our story.

The Garden of Eden | Week 1

Henri Nouwen said, “One of the tragedies of our life is that we keep forgetting who we are.” How do we find ourselves again? We re-collect our stories by recollecting the Story of God. In other words, we remember by retelling. The overarching narrative of Scripture and the individuals stories in the library of the Bible, answer our most foundational human question, “Who am I?” with an ever better divine one, “Who is God?”. In our summer series we’ll explore how God reveals himself to humanity in a series of Old Testament stories, starting at the beginning: God creating and his unique imprint on the first humans: “the Imago Dei”.

Grace in the Slump

Many Christians find themselves in a spiritual slump. Their passion for God has diminished. They still come to church, pray and read their bible, but deep inside they feel as if their best days in Christ are behind them not before them. The good new is that God doesn’t abandon us but comes to us while we’re in the slump to get us back on a spiritual streak again. 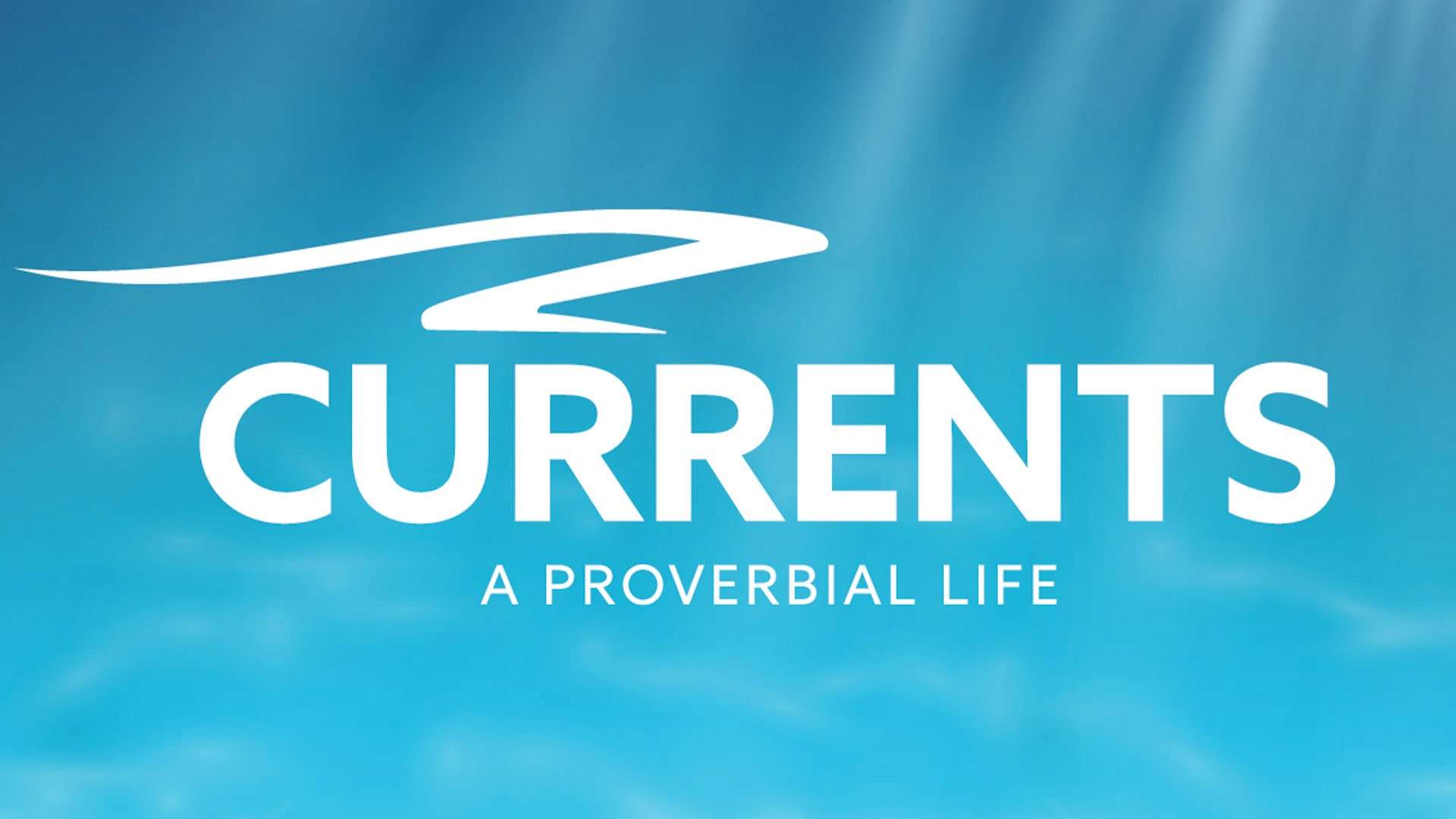 By the time most people think of their legacy, it’s too late to worry about it, for legacy is not the way we posture ourselves in front of others but the way that others speak of us after we have left the room. A good name is the reward of the wise; a bad name is the ruin of a fool. One of these is already happening. We are becoming the end of our journey, wise or foolish, and every moment takes us closer there. As goes the river, so goes our legacy.