The First Sunday of Christmas

Jesus was born in Bethlehem in Judea, during the reign of King Herod. About that time some wise men from eastern lands arrived in Jerusalem, asking,2 “Where is the newborn king of the Jews? We saw his star as it rose, and we have come to worship him.”

3 King Herod was deeply disturbed when he heard this, as was everyone in Jerusalem. 4 He called a meeting of the leading priests and teachers of religious law and asked, “Where is the Messiah supposed to be born?”

5 “In Bethlehem in Judea,” they said, “for this is what the prophet wrote:

6 ‘And you, O Bethlehem in the land of Judah,
are not least among the ruling cities of Judah,
for a ruler will come from you
who will be the shepherd for my people Israel.’”

7 Then Herod called for a private meeting with the wise men, and he learned from them the

time when the star first appeared.8 Then he told them, “Go to Bethlehem and search carefully for the child. And when you find him, come back and tell me so that I can go and worship him, too!”

9 After this interview the wise men went their way. And the star they had seen in the east guided them to Bethlehem. It went ahead of them and stopped over the place where the child was.10 When they saw the star, they were filled with joy! 11 They entered the house and saw the child with his mother, Mary, and they bowed down and worshiped him. Then they opened their treasure chests and gave him gifts of gold, frankincense, and myrrh.

12 When it was time to leave, they returned to their own country by another route, for God had warned them in a dream not to return to Herod.

SUMMARY: That the “king of the Jews” would be worshiped first by Gentiles, adherents to a pagan religion. If salvation is of the Jews (see John 4:19-22), why should the first to worship this salvation come from regions far outside of Israel, indeed outside Jesus’ own religious heritage? Wasn’t there anyone closer, maybe someone within Judaism to authenticate this moment? Or did God intend something else by sending magi, strangers from another region and cult? Are these the kind of worshippers God seeks?

Have a merry Christmas!

He set everything in place forever and ever and his decrees will never be revoked. Therefore, let us join with God in his ever-saving work.

In the name of the Father, the Son, and the Holy Spirit, we are sent to participate in God’s kingdom-coming story.

This animated Bible story from Saddleback kids follows the story of Christmas. It’s based on Luke 2: 1-7. 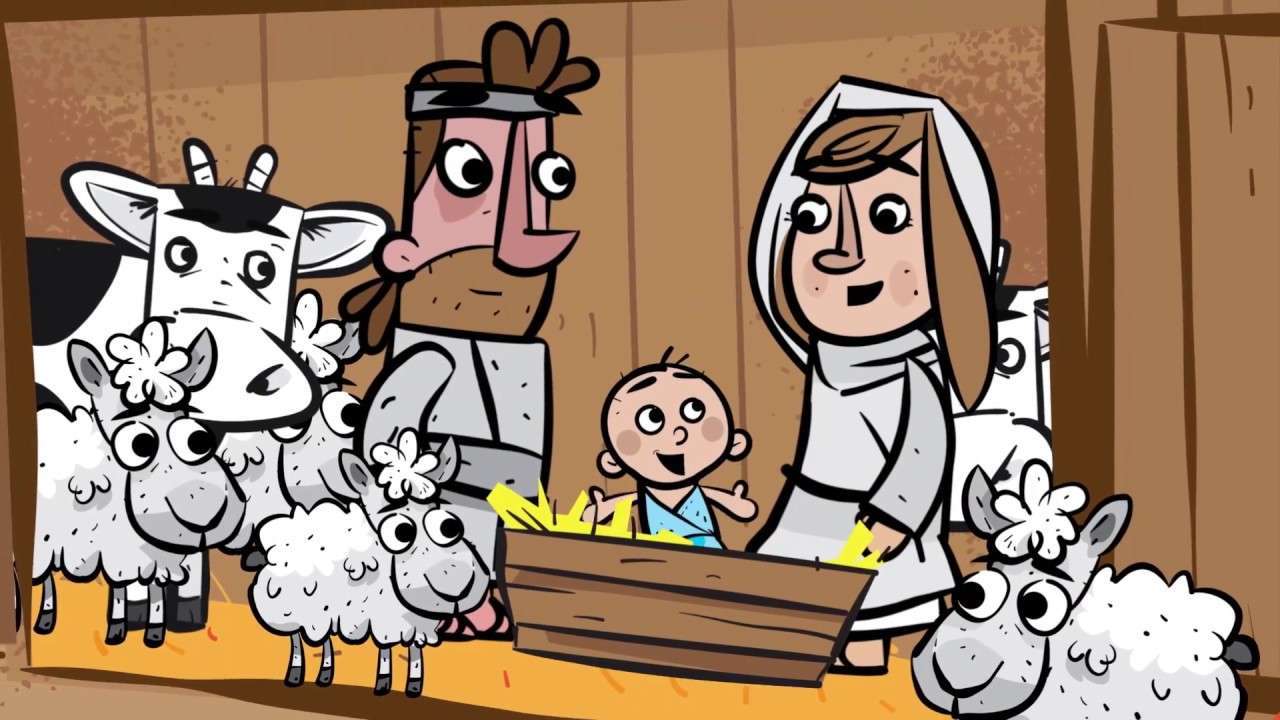