Over the course of the last two years or so, virtually everything that I have grown up believing in has been put on trial. I’ve been doubtful and skeptical of almost everything about the religious construct that I once found so easy to cling to. By this, I don’t mean the kind of doubt that is cliche or mundane, but rather the kind of doubt that is existential; the kind that shakes your foundation to the brink of crumbling. Not only the small matters of faith have been brought into question, but the foundational aspects, “dogmas,” and even faith itself have been as well. I have found the answers that I was once taught about the human condition and ultimate reality itself to be no longer sufficient. The Church has not been anything close to the institution that I had once hoped and dreamed it to be in an earlier season of my life. My worldview no longer seems to line up with everything that I had always been taught to be “safe.” The faith that I once found so easy to stand upon seems to have been ripped out from underneath me.

Arguably though, the biggest fear factor for me during this deconstructive phase of life has had little to do with my changing beliefs. While that certainly was a point of distress for me at one point in time during my journey, the most significant challenge that I have faced (and am still facing) is coping with the way in which members of my community perceive me in light of these changing beliefs. Throughout this journey, I remember being so terrified on many occasions, thinking to myself: “What if my professor finds out I don’t agree with him? What if my friend discovers that I no longer believe the same things as her? What if my family disapproves of me? What if I lose all my friends over this?”

Not only have I consistently experienced this unhealthy, crippling anxiety over what members of my community thought of me, but I’ve often felt as if I’m unable to communicate my process of transition in this pivotal season of life with anyone. On one hand, there are times when I may be too vocal about my beliefs and opinions with members of my community—only to cause disruption amongst others and raise concern towards me, thus shutting down conversation. In the past, I have unintentionally found myself being a bit of an instigator. On the other hand, though, I often find myself repressing my beliefs and opinions for fear of being “found out” by my community. The last thing that I want is to be branded as one who has “gone off the deep end.” As a result, there have been times when the Church no longer feels like a safe place to me. I frequently find myself uncertain of how to navigate this tension: in order to stay in the institution that has nurtured me all of my life, I feel like I either have to be dishonest about my beliefs or shut them out altogether.

Before I entered this difficult time, I thought that the Church was a community of people who all viewed the world in the same way. I always subconsciously held the assumption that everyone in the Church was comfortable with their religion, their beliefs, and their God. As a result, when I began to feel the weight of the reality that I didn’t have really any of my faith figured out, I started to feel like an outsider and one who had no business being a member of the Church. Towards the beginning of this process, I kept quiet about the status of my faith (or lack thereof) for months. I would show up to services every week, regularly volunteer on the worship team, and still participated in other church practices. I could only do this for so long, though, before I had to open up with others and let them know how I was truly doing.

Ironically, it was when I confronted my fear of being “found out” that I discovered something interesting: almost no one has their faith figured out. Even those who seem comfortable in where they are on their faith journey have experienced some form of uncertainty regarding their beliefs at one time or another. Furthermore, those who seemed to be role models and exemplary figures to imitate in life are the ones who have been through this same kind of experience. It was when I came to this realization that I discovered I’m not alone in my doubt, disbelief, and angst; the Church, both throughout history and in today’s context, is full of people like me.

So where am I at today? I still have deep, existential doubt about my beliefs and worldview. I still have more questions about God than answers. I still hold opinions about theological, philosophical, and political matters that many of my peers and other members of my community probably disagree with. There are days when I still feel like an outsider. But I am no longer afraid of where I stand and am no longer hesitant to engage in meaningful discourse and relationships with others in my community. If the Church has taught me anything these last couple of years, it is that I don’t need to have the same beliefs as everyone else to participate in the life of the Body. Faith is participation, not belief or certainty in a worldview. I still choose the Church and the Christian narrative because of the community that I am invited to be a part of on a regular basis, and because of the good that this community is capable of doing for the rest of the world. I see the potential that Christianity has to actually be good news for people because I have experienced the life of the Church. That is something that I want to be a part of, and that is a movement that I’m willing to devote myself to.

Silas Vermilya is an undergraduate student at Indiana Wesleyan University studying Philosophy/Theology & Psychology. Upon graduating in the Spring of 2021, he is planning to go on to pursue an M.A. or M.T.S. in Philosophical & Theological Studies through another university. He has a deep passion for doubt-filled Christians and the spiritually homeless, and seeks to help them find community and belonging. His other interests include running, reading, coffee, playing guitar, and co-hosting and producing The Tealos Podcast (go check it out!). 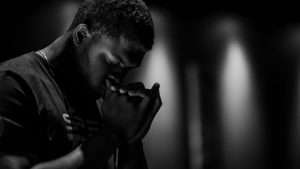 Lament allows us to tell God that we do not think things are as they... 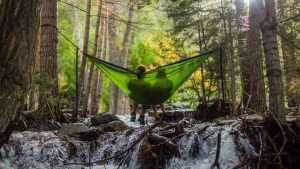 Work is a good thing, both created by God and practiced by Him; and yet... 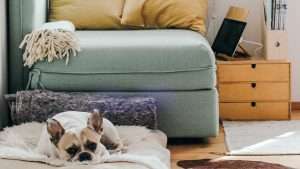 when seasons of transition or sudden change arrive and we find ourselves spending an extensive... 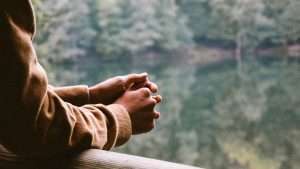 How long have we missed out on attentiveness to the little things that help us...