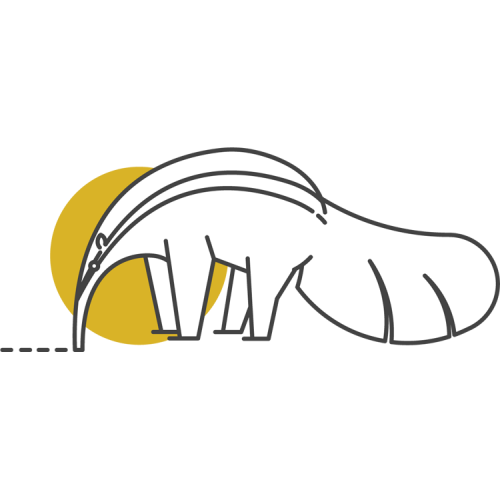 As we know, the anteater is an animal that feeds off bugs. Though this might be the cheesiest of these animal types, for scripture reading, Anteaters are those who are driven by things that “bug” them. Anteaters tend to be highly intellectual or analytical, wanting to test and explore the depths of something before they will believe it. They have many questions and put a lot of their focused energy on trying to understand more about the “thing” that is bothering them. Consequently, they approach scripture with these questions in the forefront of their mind.

An Anteater often starts with a scripture passage that they know deals with that “bug”—whatever it is—and then moves outward, like epicenters, from that passage. They might read the context of the passage, take notes in a journal or a text file to keep track of their findings, use a concordance to find other places where those passages are, read commentary on the passage, or simply Google that topic and look for passages that relate to it. They will read around the topic, issue, or concern until they’ve reached a point of deeper settledness.

Often these topics and questions are expansive and complex. If you think you might be an Anteater, start with one passage of concern and move outward until you feel like you’ve “taken all of the bugs out of that hive” and then move to another passage that relates. Carefully meditate on them think about them; don’t just assume they mean what you think they mean. Study by yourself, then allow another voice to speak into your life about what these passages are saying, entering into conversation with the larger community of believers.