Through this message, I intend to encourage the listeners on how we can live more meaningful lives by living with a transfiguration perspective. By this, I mean a perspective in which we are reminded on how Jesus entered our reality and shone His glory IN our reality to encourage us to know Who He really is, to listen His voice, and to feel His touch. By being reminded of who He really is, we are encouraged to live in our present reality with a more clear and meaningful perspective that will have a direct impact on our every day life.

For the most part, Christians know what God asks of them, but feel ill-equipped to oblige, explaining their shortfall as “being human.” In this passage, God makes clear that He has already given us everything we need for living the godly life.

Contrary to popular belief, our possessions lie at the heart of our spiritual lives because whatever we do with them, for better or worse, we do to ourselves. That’s why the widow who “put in everything – all that she had to live on” is so impressive a model of discipleship. In sharp contrast to the “long and flowing robes” of the Pharisees, she quietly reflects the character of God’s own gift, Jesus, who noticed her. 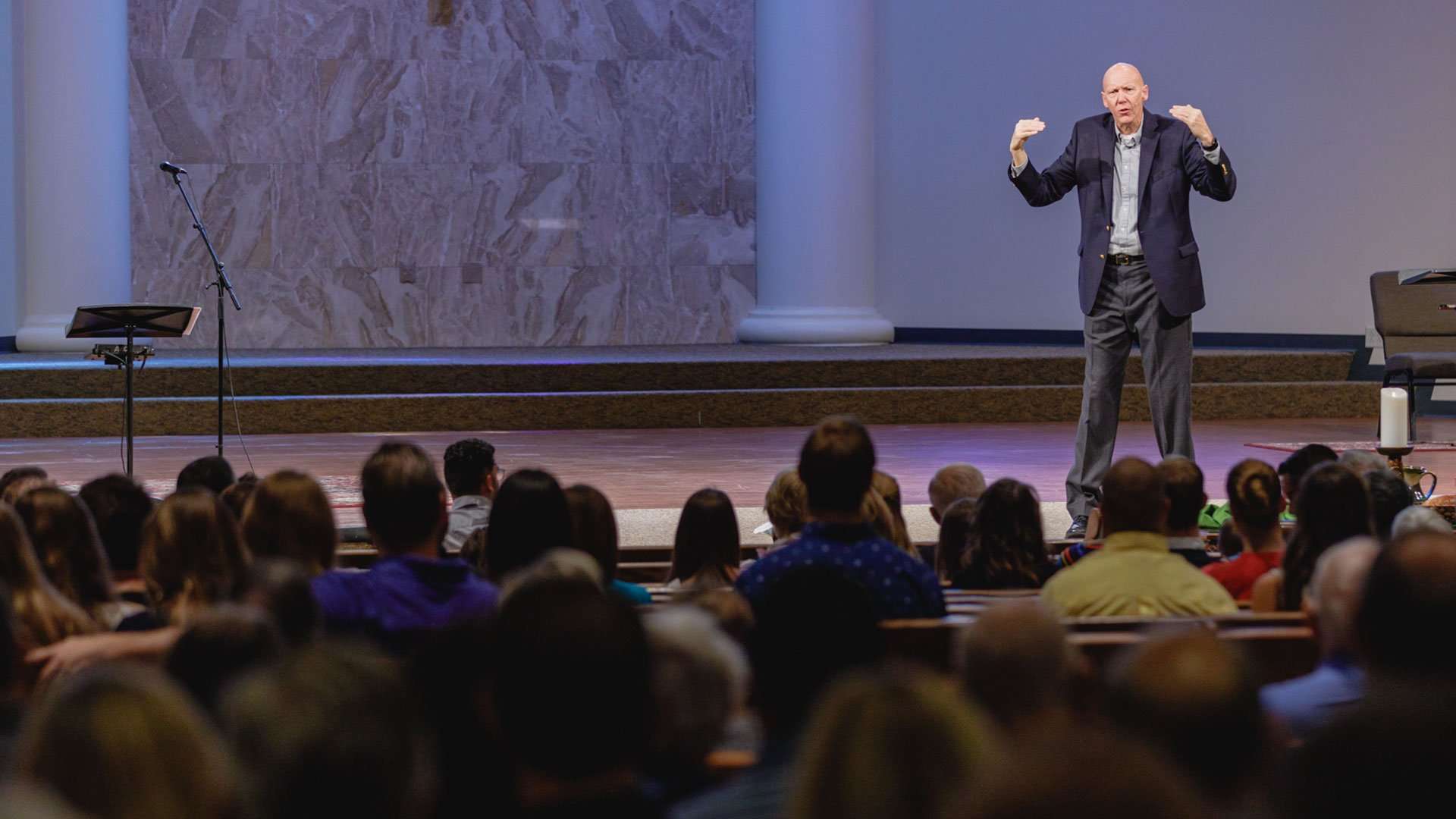 In this well-known miracle is a parable for the contemporary Church. Like the father’s boy, we have been “robbed of our speech”. In the eyes of the public, we cannot speak because we cannot hear and we cannot hear because we no longer believe. Whenever we’re speechless, the solution is not to keep talking, but to really listen, first to God and then to others before we know what the gospel really means for our world today.

The parables of Christ call us to move beyond merely hearing the proclaimed word to truly listening for the fullness of the voice of God. In the Parable of the Sower (as it has often been entitled), we find a reminder that in order to receive the Word of the Lord and see it flourish in our lives, we must refocus and commit ourselves to cultivating soil in which it can take root and grow.

What happens after we believe? What do we do next, and what if nothing happens? Many Christians complain that their lives are not what they expected, not even after they were “saved.” Have they done something wrong? Has God over-promised and under-performed? Or were they wrong about what it means to be “saved?”

At the core of our church is a mission, and at the core of that mission is the pursuit of God in Christ as he is manifest in the Word, the Gospel and the Church. Today’s culture has challenged the Church’s commitment to these three things – offering substitutes that have only a form of godliness – but every disciple and every church will ultimately be measured by their pursuit of them.

Cornelius, an officer in the Italian group of the Roman Army did not expect to be in the presence of Peter and yet Peter stood before him. The thought of Peter welcoming men from Caesarea into his house was not conceivable, yet the men are not only welcomed, but Peter invites them to spend the night. Though alienated from each other, these two men were brought together by unexpected visions from God. These visions represented something new that exceeded their wills and imaginations. In a similar manner, God is doing a new, new thing today to bring to fruition the vision He has for His Church.

Many live life without noticing the absence of Jesus. Others notice Jesus’ absence and, as they begin to look for him, wonder why he isn’t there. We rediscover Jesus, however, when we are in the Father and about the Father’s business, dwelling in the word of Christ and putting on love, peace, and thankfulness.

Organizations are often attracted to the obsolete, to things that should have worked but did not, to things that were once productive but no longer are. Then something happens – something unpredictable and unwelcome – that forces us to re-examine our assumptions, methods and goals. It’s a moment that calls us forward, from Jerusalem to Antioch, and if we go God will meet us there with new power and new opportunities. I believe our church is in an Antioch moment that calls for us to establish new presence in the community, outside these walls.

The mission of God is timeless and unchanging. His “faithfulness continues from generation to generation,” (Ps. 119:90). Throughout the bible, we read of the home serving as a primary place of disciple making—a place where faith is birthed, scripture is revered, and discipleship is prioritized. The gathered church, then, serves as a supplementary disciple-making entity—a place where what is taught and modeled in the home is edified and supported. But in our contemporary culture, it seems too often this equation has been flipped and the “heavy lifting” of discipleship has been placed upon the church with little regard for the impact of what is or is not modeled in the home. In our charge to make more and better disciples who transform the community and resource the church, and in an attempt to continue to pass along this mission to the next generation, we must return to the model of discipleship that is rooted in the home and edified and supported in the gathered community.

As we discussed last week, we live in a time of unprecedented change. Traditions, values and mores that have governed our lives for years are met with suspicion from a public determined to “do what is right in their own eyes.” Even the institutions that have stabilized us in the past are, themselves, weakened by internal conflict and impotence. One of those is the Church. Never has the public been less interested in the Church; never have they needed it more. We must now ask, “what will the Church do? How will we adapt to these times? What changes are called for in making more and better disciples?” In this passage, Jesus gives us a formula for relevance in any age.

We are people of ritual and routine. We like what’s known—the things we can predict and plan for. We like to presume that the good things we have known and been a part of in the past will continue in the days ahead. But the story of God is filled with examples of the Lord disrupting the norm for the sake of doing something greater…”a new thing.” And while neither God nor his mission ever change, the manner in which he accomplishes his will and ways is ever-changing, keeping us alert, active, and aware of his presence in our midst, and calling us to join him in his transforming work.

Throughout the Bible, God removes barriers that separate people from him, from each other, and from life needs. We see this especially in the life and teaching of Jesus, specifically in the parable of the prodigal son (Luke 15). The church is an extension of Jesus’ ministry. Or are we? Do we possess the empathy that ignites in us the compassion, courage, and commitment to cut the curtains that keep people from the abundant life?

Proverbs says that “the fruit of the righteous is a tree of life,” (11:30) meaning that the life of one good person is multiplied a hundred times in the people around them. So Jesus and Paul both tell us to reproduce ourselves in others who, in turn, will do the same with people in their own community. This sermon will focus on how living things reproduce, each after its own kind, and call CWC to become a multiplying presence in our community and beyond.

The book of Acts is filled with stories of grandeur—healings, revival, and an assortment of overt demonstrations of the power of God. These accounts, like the momentous and extraordinary experiences of our lives today, are significant to our understanding of God and the story he is unfolding. But what of the seemingly “lesser” moments of the life of the 1st Century Church—or of our lives, for that matter? Was/Is God any less active in the everyday, unspectacular moments? And is it possible that God’s most formative work is being accomplished in these ordinary times?

The story of Pentecost reminds us of the promise of Jesus to empower his followers with the power of the Holy Spirit. Often, however, we either doubt that this power is available for us or we try to manipulate or form the Holy Spirit for our own purposes. But Acts 2 also reminds us that the Spirit shows up and forms us, not the other way around. This sermon will explore the questions, “What does the community empowered by the Holy Spirit look like?” and “When do we have a posture that is open to the Spirit?”